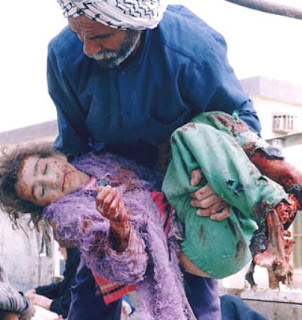 Being a neocon means never having to say you're sorry

"......Centered in the office of the vice president, the neocons did an end run around the mainstream intelligence agencies to manufacture the lies that lured us into war, and Christopher Hitchens did more than his part to spread these lies. But in the minds of the neocons, all their lies are noble ones – besides , this whole obsession with such outdated concepts as truth and falsehood is just a superstition dreamed up by the "reality-based community," as one White House official put it to Ron Suskind. Watch us while we make history: in the triumphal atmosphere of the War Party's heyday, a fatal hubris was in the air, and the pro-war intellectuals breathed this in so deeply that the effects have yet to wear off. Hitchens is drunk on a lot more than booze.

Alcoholics often suffer from delusions, and their recalcitrance is part and parcel of their strenuous denial. The reality on the ground has proved the drunken warriors utterly wrong, yet they still go on pretending that all is well, if only the "surge" would be given time to work, if only the media would stop subverting the war effort, if only…

When the neoconservative version of this war's history is written, each chapter will elaborate on a different "if only" scenario that deftly ignores what actually happened and instead focuses on the imperfect implementation of their wonderful scheme.

Hitchens at least tries to defend the indefensible, which is a brave thing to even attempt, but his fellow neocon Richard Perle is clearly uninterested in making the effort......"
Posted by Tony at 4:40 AM