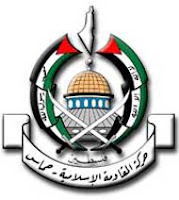 A certain semantic change is occurring in statements made by leaders of Hamas.

"The political program of the Palestinian national unity government that was sworn in last week refers to Israel in its political sections and in the part that deals with the occupation. In the latter, it is stated that the new government will undertake action "to end the Israeli occupation," will see to the "release of the heroic prisoners from the Israeli occupation's prisons," will stand firm on the "Israeli policy on Jerusalem," will defend the Palestinians' right "to oppose Israeli aggression," and will continue to reduce tensions "in return for an Israeli commitment to end occupation actions." Similarly, it refers to an agreement to exchange Palestinian prisoners in return for the release of Israeli soldier Gilad Shalit.

The significance of the unity government, headed by a Hamas prime minister, Ismail Haniyeh, using "Israel" rather than some other term, should not be underestimated. In the distant past, most Arab and Palestinian spokespersons avoided using the word "Israel." Instead, they spoke of the "pseudo-state," the "Tel Aviv gang," etc. For many years, Hamas spokespersons employed terms like the "Zionist entity" or the "Zionist enemy." During the intifada's peak years, even representatives of other organizations - including Fatah - often used the term "Zionist entity."

Today the situation is different. Over the past few months a certain semantic change has occurred in statements by Hamas leaders. Hezbollah's television station, Al Manar, is one of the few in the Arab world that still uses terms like the "Zionist entity." In contrast, Hezbollah leader Sheikh Hassan Nasrallah refers specifically to Israel quite often in his speeches......"
Posted by Tony at 9:13 AM