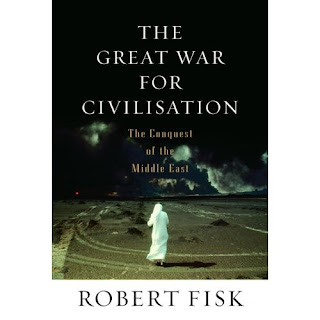 "It is Pakistan, not Iran or Iraq, that serves as a true barometer for the future of the region, according to Robert Fisk, The Independent 's renowned Middle East correspondent. This thesis, though novel, is not to be taken lightly. It comes from a man who has lived in, studied and witnessed the region for the past three decades. And Pakistan, indeed, is a country in turmoil.....

For Fisk to single out Pakistan is an eye- opener, for the populous predominantly Muslim nation is not even considered by some to be part of the Middle East proper. Fisk's contention, however, is that the West is shy to focus on the main game, preferring instead to concentrate on sideshows such as Iran's nuclear ambitions, which Fisk reminds whoever listens were first encouraged and nurtured by the West.

"There is a country in the region that has lots of Taliban supporters, lots of Al-Qaeda supporters, whose capital city is in constant chaos and sectarian crisis, and it has got a [nuclear] bomb -- it's called Pakistan," Fisk told Al-Ahram Weekly. "But General Musharraf is our (the West's) friend. What will happen if Musharraf goes? Pakistan is one of the most fragile and dangerous areas," he ponders ominously. "However, we direct our attention to another country, Iran, just as we always do in the Middle East."....."
Posted by Tony at 7:58 AM