From Guilt to Responsibility 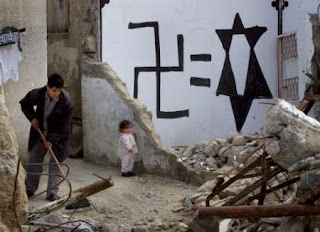 "The impossible condition of being an ex-Israeli as well as an ethically orientated human being necessary leads towards a serious guilt complex. I am referring here to the obvious case of one feeling guilty for the crimes committed on one’s behalf by one’s brethren. Yet, I have to confess that while guilt can be charming, at least for a while, it is far from being a productive state of mind in the long term. Guilt is a self-centred endeavour, it doesn’t aim towards a change. In guilt alone, there is not much hope for better future. In fact, the only way to translate guilt into productivity is to transform remorse into responsibility.

At least in my case, responsibility is primarily grounded on the deep acknowledgment that, though totally against my will, as things are set by the Jewish State, every atrocity committed by Israel is actually committed in my name and on my behalf. In other words, my commitment to the Palestinian issue is evoked by my acceptance of my responsibility. Though shouting ‘not in my name’ would have helped to vindicate me as an individual person, it won’t change the grave sinister fact that every Israeli war crime is actually done in the name of the Jewish people. Thus, I have never been an advocate of the ‘not in my name’ call. Clearly, I am not searching for my own self-redemption but rather for a metaphysical shift of awareness. Consequently, responsibility is for me a form of intervention that bridges the necessary gap between silent acceptance and ethical commitment. My responsibility is my pledge to do whatever I can to bring the suffering of the Palestinians to an immediate halt.....

I will use this unique opportunity and mention as well that I am tired of hearing people telling me “Gilad, you can say it all, you are a Jew.” I just do not accept it. There is nothing in my ethnic belonging or biological origin that should grant me with any special entitlement. I must admit as well that I have never found myself telling a Muslim or an Arab friend “you can say it, you are an Arab.” I do not remember myself ever hearing anyone suggesting to anyone else: “you can say it, you are Protestant, Irish, Black, etc.”. Noticeably, the Jewish State and its supporters have managed to position their beloved country in a very privileged precious position, far beyond criticism. My responsibility is to expose this tactic as a complete fallacy.

I believe that we cannot bring hope to Palestine unless we teach ourselves to speak freely, unless we allow ourselves to open up the discourse. I may as well suggest that I truly believe that the Zionists and the Israelis will benefit from such an initiative.

The Israelis and their supporters set themselves in an artificial detached heaven. They have surrounded themselves with security walls and have managed to block all channels of criticism. While in a complete state of blindness, the Israelis have failed to notice that they have become the embodiment of modern evil. More than anyone else, it is the Jewish State and the Israelis who need an immediate wake up call. "
Posted by Tony at 5:06 AM