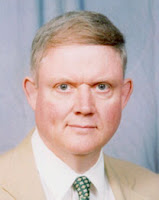 Second, in most wars, including Fourth Generation wars, success on higher levels is not merely additive. That is not to say, you cannot win operationally or strategically just by adding up tactical victories. We tried to do that in Vietnam, and the Second Generation U.S. military still does not understand why it didn't work. In Second Generation theory, it is supposed to work, which is why we are trying it again in Iraq and Afghanistan, and again not understanding why we are losing.

If we consider the operational and strategic situations in Iraq, we can easily see why no amount of tactical success can save us. Strategically, we are fighting to support a Shi’ite regime closely aligned with Iran, our most potent local opponent. Every tactical success merely moves us closer to giving Iran a new ally in the form of a restored Iraqi state under Shi’ite domination. The more tactical successes we win, the worse our strategic situation gets. This flows not from any tactical failure (though there have been plenty of those), but from botching the strategic level from the outset. Saddam's Iraq was the main regional counterweight to Iran, which means we should not have attacked it.


Operationally, we have been maneuvered by Iraq's Shi’ites into fighting their civil war for them, focusing our efforts against the Sunnis. As I have observed before, we are in effect the Shi’ites’ unpaid Hessians. That is why Muqtada al-Sadr has ordered his Mahdi Army not to fight us in Sadr City. It is not that he is afraid of us; he is simply making a rational operational decision.

Our only other apparent option is to take a more even hand and fight the Shi’ite militias as well as the Sunnis, which is what some in Washington want our forces to do. But that would make our operational situation even worse, because the Shi’ites lie across our lines of communication. If we get into a fight with them, they can cut off our supplies, leaving us effectively encircled – the essence of operational defeat......"
Posted by Tony at 4:55 AM