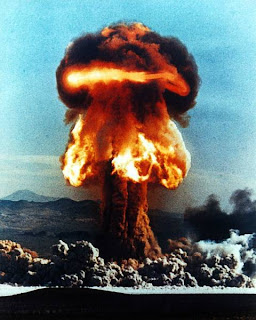 "Several foreign embassies in Teheran are updating their emergency evacuation plans should a Western or Israeli attack on Iran occur.

According to foreign sources, foreign diplomats believe a possible attack would take place before the end of 2007. By that time, Iran might have enough enriched uranium to cause a humanitarian and environmental catastrophe from radioactive fallout should its nuclear facilities be damaged or destroyed in an attack.

Embassies in all countries generally have evacuation plans for their staff, but foreign sources describe the general atmosphere in Iran as one of heightened preparedness. Recently, several diplomatic missions based in Teheran have begun to reassess their plans, and embassies without permanent security officers have requested them.

Embassy experts reportedly are testing various evacuation options and logistics, such as timing routes to different destinations by different types of vehicles. The plans include evacuation for all staff.

Foreign sources say both the United States and Israel, who accuse Iran of wanting to develop nuclear weapons, want to give diplomatic efforts aimed at stopping Iran's nuclear drive the best possible chance to succeed.

But according to these sources, should the West or Israel feel that the time needed for diplomatic efforts is longer than the time it would take for Iran to obtain nuclear independence, they are likely to strike at Iran's main nuclear facilities before the damage done by such an attack would cause serious radiation fallout [isn't this kind?]. Such fallout would likely kill many civilians and render some parts of Iran uninhabitable for an undetermined period of time.

According to this logic, the timing of such an attack would take place just before Iran has enriched an amount of weapons-grade material that, if damaged, would cause such a humanitarian and environmental catastrophe, it could be construed as a nuclear attack.

The assessments posit that Israel and the US will try to delay an attack until the last moment due to the expected Iranian counterattack and regional deterioration.

Similar dilemmas over timing were faced by Israel before the 1981 raid that destroyed Saddam Hussein's reactor at Osirak......."
Posted by Tony at 12:08 PM