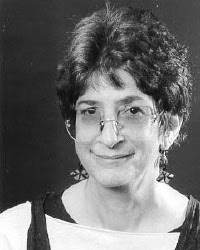 I am very disturbed to hear the news. Tanya Reinhart, a distinguished scholar and peace activist passed away in New York at age 63.

We have been in contact for more than five years. Tanya has written extensively on the plight of the Palestinian people. Several of her articles have been published by Global Research.

She will be missed by all those committed to peace and human rights.

Reinhardt, one of the most outspoken representatives of the radical Israeli left, was a fierce critic of the 1993 Oslo Accords between Israel and the Palestine Liberation Organization, saying they represented a perpetuation of the Israeli occupation of the West Bank and Gaza. She was also a proponent of an academic boycott of Israeli universities to protest the occupation.

After receiving a master's degree at the Hebrew University of Jerusalem, Reinhart wrote her doctoral thesis at the Massachusetts Institute of Technology under renowned linguist Noam Chomsky.

Her contributions to linguistic theory dealt with the connection between meaning and context, and the interface between syntax and systems of sound.

From 1977, Reinhardt taught courses in linguistics and literature at Tel Aviv University, including classes in critical reading of media and the analysis of discourse based on Chomsky's methods.

For the last 15 years she also taught at Utrecht University in the Netherlands.

In December 2006, Reinhart left Israel and settled in New York to teach at New York University.

Reinhardt and those close to her said the change in the university's relationship to her was made in response to her statements calling for an academic boycott of Israel.

Reinhardt espoused the principle of non-violent resistance, and was among the leaders of the left-wing activists who called for boycotts of the 1996 and 2001 elections.

She was active in recent years in Israeli-Palestinian efforts against the West Bank separation fence and the seizure of land from Palestinians for its construction.

Reinhart was married to poet and translator Aharon Shabtai."
Posted by Tony at 5:34 PM