Iraq, Iran, and the Lobby 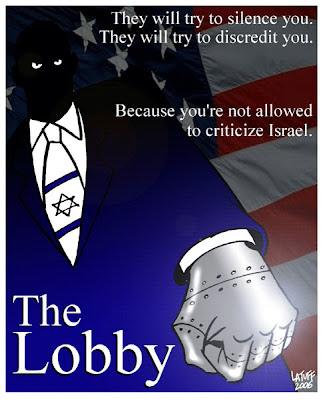 Four years after the invasion of Iraq, and the War Party is still in the driver's seat

"......In most democratic countries, a government that had birthed such a disaster as the Iraq war would have fallen long ago, but this one endures, and, in any case, its probable successor is not going to have a very different approach to foreign policy. This was brought home by the recent action of the Democratic congressional leadership in stripping the military appropriations bill of a provision that would have required the president to seek congressional approval before attacking Iran. Speaker Pelosi had just been booed at the AIPAC conference for criticizing the Iraq war when she rushed back to her office and struck the Iran provision from the bill – just as the powerful pro-Israel lobbying group had been insisting, albeit not too loudly.

After all, the AIPAC conference was supposed to be toning down the ongoing campaign to get us into a shooting war with Iran, but, as the Jerusalem Post pointed out, "the effort was laid to waste once Israeli Prime Minister Ehud Olmert addressed the audience at the gala dinner Monday night." There is supposedly a taboo against Israeli government officials intruding too aggressively in their efforts to influence American politics, although that never stopped Ariel Sharon from openly calling for the U.S. to invade Iraq – as a prelude to taking on Syria and Iran. Olmert went beyond anything Sharon ever attempted, however, in his AIPAC speech:

"I know that… all of you who are concerned about the security and the future of the State of Israel understand the importance of strong American leadership addressing the Iranian threat, and I am sure you will not hamper or restrain that strong leadership unnecessarily."

As we have seen, he was right to be "sure" – Nancy must have skedaddled right back to her office pretty darn fast to excise the offending passage from her bill. But Olmert didn't stop there:

"Those who are concerned for Israel's security, for the security of the Gulf States, and for the stability of the entire Middle East should recognize the need for American success in Iraq and responsible exit. Any outcome that will not help America's strength and would, in the eyes of the people in the region, undercut America's ability to deal effectively with the threat posed by the Iranian regime will be very negative.".......

Events have, unfortunately, only confirmed my prognosis, but there is reason for optimism in the long run, even if short-term pessimism is our lot. The American people don't like foreigners interfering in their politics, and Olmert may have gone too far. Aside from that, the trial of longtime AIPAC honcho Steve Rosen, and the group's Iran expert, Keith Weissman, on charges of giving Israel top-secret information gleaned from former Pentagon official Larry Franklin, is scheduled to finally begin this summer. The Lobby is increasingly buffeted by blowback stemming from its own arrogance, and the day of reckoning approaches. Whether that day comes before or after we go to war with Iran is, largely, a matter of chance…"
Posted by Tony at 5:34 AM