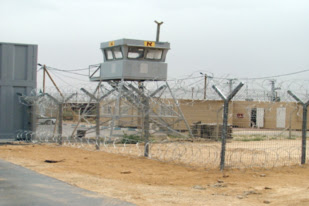 The First Nation to Legalize Torture

"......Imprisonment has been one of the key strategies of Israeli control of the Palestinian population, and since 1967 more than half a million Palestinians were prosecuted through military courts that fall far short of international standards of due process.

Most convictions are based on coerced confessions, and for decades Israeli interrogation tactics have entailed the use of torture and ill-treatment. Tens of thousands more Palestinians were never prosecuted, but were instead held in administrative detention for months or years.

Israel had the ignominious distinction of being the first state to publicly and officially "legalize" torture. Adopting the recommendation of an Israeli commission of inquiry, in 1987 the government endorsed the euphemistically termed "moderate physical pressure," and tens of thousands of Palestinians suffered the consequences......

If we learn anything, then, from the Israeli experience, perhaps it should be that torture and arbitrary or indefinite detention exacerbate a conflict and endanger civilians......"
Posted by Tony at 8:18 AM