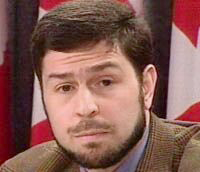 "NEW YORK, Nov 3 (IPS) - A federal appeals court on Monday dismissed a lawsuit brought against a former U.S. attorney general by a Canadian citizen who sought damages for being unlawfully detained by U.S. authorities in New York and then secretly shipped to Syria, where he was imprisoned for a year and claims he was tortured.

The court concluded that the case brought by Mahar Arar against George W. Bush-era Attorney General John Ashcroft and other officials raised too many sensitive foreign policy and secrecy issues to permit relief. The decision leaves the federal officials involved free of any legal accountability for their actions......

But Arar's attorney, David Cole, took a decidedly different view and indicated that yesterday's decision would be appealed to the Supreme Court.

He told IPS, "This decision says that federal officials can conspire to subject an innocent man to torture, block his access to courts who would enjoin them from getting their way, and then avoid all accountability thereafter because the case would be too sensitive to litigate."

"The court puts executive officials above the law, and tells an innocent torture victim that concerns about foreign relations are so important that his claim cannot even be considered," he said. "If the rule of law means anything, it must mean that courts can hear the claim of an innocent man subjected to torture that violates our most basic constitutional commitments."

Arar, a Syrian-born Canadian citizen, was detained at JFK Airport in New York in September 2002 while changing planes on his way home to Canada. The Bush administration labeled him a member of al Qaeda and sent him not to Canada, his home and country of citizenship, but against his will to Syrian intelligence authorities renowned for torture.

He was tortured, interrogated and detained in a tiny underground cell for nearly a year before the Syrian government released him, stating they had found no connection to any criminal or terrorist organisation or activity......"
Posted by Tony at 4:44 AM