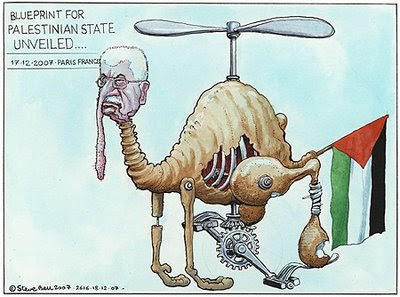 "RAMALLAH, Feb 17, 2010 (IPS) - The Palestinian Authority (PA) in Ramallah is fighting a tidal wave of fresh allegations, including sexual harassment, an internal power struggle and embezzlement.

But the arrest of a cell of Fatah members, including officials working for the PA’s security forces, by their PA colleagues on the grounds that they planned to assassinate members of the PA leadership has sent shock waves through this central West Bank city.

Security around the PA government headquarters in Ramallah, the Muqata, has been tighter than usual over the last few days. IPS saw additional members of Palestinian President Mahmoud Abbas’ prestigious presidential guard taking up sniper positions on the walls surrounding the presidential compound.

A high-ranking police officer, and former commander, Mujahed Nimer was arrested in his home near the Qalandia refugee camp, north of Jerusalem, several days ago on suspicion that he headed the Fatah cell which was allegedly planning the assassinations......

Academic Samir Awad from Birzeit University near Ramallah says that the PA’s credibility has reached a historic low.

"Although not much appears different on the surface, seismic changes are taking place underground. The recent scandals are not in themselves important but the timing of the exposures is of the essence. They are symptomatic of a much larger problem and how immoral the PA has become," Awad told IPS.

"The combination of a stalled peace process, increased Israeli military raids, delays at checkpoints and a self-serving Palestinian leadership is forcing individual Fatah members to take the law into their own hands. All options are now on the table." "
Posted by Tony at 6:29 AM