Flexible Afghanistan War Objectives: And the Agony Grinds On 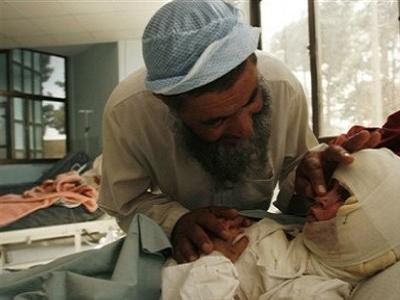 "Washington and its willing mouthpieces in the media have for years been trying to sell us the preposterous war in Afghanistan. While they attempt to convince us that the war is predicated on a faultless military logic and moral wisdom, it remains in fact a tragic adventure with no decipherable objectives, and involving several countries, private contractors, and all sorts of firms seeking to make a quick buck.

The intellectual cowardice of some should not blind the majority to the fact that the war in Afghanistan is morally indefensible and militarily unwinnable....."
Posted by Tony at 4:40 AM