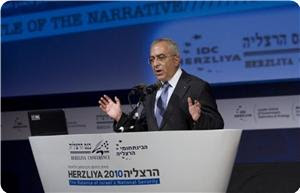 "15/06/2010 Palestinian Prime Minister Salam Fayyad on Monday denounced an attack on an Israeli police vehicle and said his government would work to prevent such incidents from occurring again [The Dayton gangs will see to that!]. "Experience has shown that violence harms the Palestinian national cause," Fayyad said in a statement hours after a senior Israeli police officer was killed and two others wounded by a Palestinian resistance ambush near the West Bank city of al-Khalil.

The attack came as a response to the raid on the Gaza aid flotilla, according to the report.
However, later on Monday, Israel Radio reported that the Fatah armed wing denied allegations of involvement in the attack....."
Posted by Tony at 3:39 AM