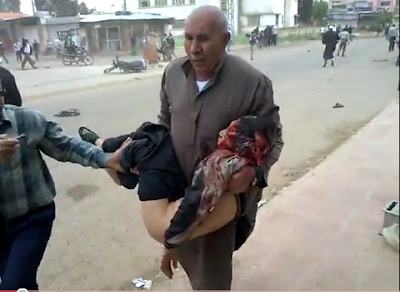 "From here we greet president Bashar al-Assad," Chavez said, after witnesses reported that Syrian troops backed by tanks had rolled into the town of Daraa, the epicenter of recent anti-regime protests, killing at least 25 people.

"Terrorists are being infiltrated into Syria and producing violence and death -- and once again, the guilty one is the (Syrian) president, without anyone investigating anything," said Chavez.