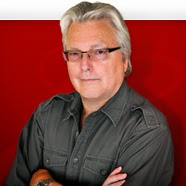 "How did al-Qaida, a tiny anti-Communist group in Afghanistan that had no more than 200 active members in 2001 become a supposed worldwide threat?

How can al-Qaida be all over the Mideast, North Africa, and now much of black Africa? This after the US spent over $1 trillion trying to stamp out al-Qaida in Afghanistan and Pakistan?
The answer is simple. As an organization and threat, al-Qaida barely exists. But as a name, al-Qaida and “terrorism” have become the west’s handy universal term for armed groups fighting western influence, corruption or repression in Asia and Africa. Al-Qaida is nowhere – but everywhere.
If you’re a rebel group seeking publicity, the fastest way is by pledging allegiance to the shadowy, nowhere al-Qaida.
Take Iraq, where fighting currently rages between the Shia government and Sunni militias in Anbar Province. Interestingly, the Sunni uprising is centered on Fallujah, which was almost flattened by US Marines and blasted apart by depleted uranium shells and illegal white phosphorus as a dire warning to Iraqis who resisted.
After the US invaded Iraq in 2003, over a dozen Iraqi resistance groups rose to fight the Americans and their new-found Shia allies. Chief among them were Saddam Hussein’s Ba’ath Party and Iraqi military veterans. As I kept saying at the time on major US TV networks, there was no al-Qaida and no nuclear weapons in Iraq. Thank George W. Bush for Iraq’s so-called al-Qaida.
Thanks to the magic of mass media manipulation, Washington was able to divert attention from all of the Sunni resistance groups – or “terrorists” as they were branded – to a single group of cutthroats led by a mysterious, renegade Jordanian, Abu Musab al-Zarqawi. The rest of the resistance groups simply vanished from our view.
A few have now resurfaced in western Iraq, notably the Islamic State of Iraq and the Levant (Syria), or ISIS. It is always branded “al-Qaida linked” by western media, though no evidence is offered. Iraq’s increasingly brutal regime has also claimed it is fighting al-Qaida in Anbar Province.
Mention of the al-Qaida buzz-word has sent America’s conservative Republicans and neoconservatives into a frenzy. They are demanding that the Obama administration do something. Maybe re-invade Iraq? There are some 10,000 US combat troops just down the road in Kuwait.
US special forces, drone and manned aircraft, and CIA mercenaries are already in action around Fallujah and Ramadi. As in past years, CIA is paying millions to Sunni tribesmen to fight anti-government forces.
Crazy as it sounds, the US is considering buying attack helicopters from Russia to give to the Baghdad regime, as it is now doing in Afghanistan with the Kabul regime.
Speaking of Afghanistan, former Pentagon chief Leon Panetta admitted that there were no more than 25 to 50 al-Qaida members in Afghanistan. But now, al-Qaida has popped up in Pakistan, Jordan, Saudi Arabia, Yemen, across North Africa, Nigeria, Mali, Central African Republic, and so on. Somalia’s anti-western resistance group, Shebab, is also branded “al-Qaida linked.”
Back in the Cold War, almost all groups opposing western domination were called communists. Today, al-Qaida has replaced communism as a hot button name. The widespread – but probably mistaken – belief that Osama bin Laden’s al-Qaida was responsible for the 9/11 attacks has made anything “linked” to al-Qaida fair game for liquidation.
Branding your foes “terrorists” is a fine way of de-legitimizing them and denying them any political or humanitarian rights. Israel did this very effectively with the hapless Palestinians, who foolishly cooperated by bombing civilians.
However, the obvious problem here is that doing so creates an endless supply of “terrorists” and pressure to take action against them. That and oil are the reason US special forces are now beating the bush all over black Africa. It’s the never-ending “long war” that America’s militarist and neocon circles want, and against which President Dwight Eisenhower so presciently warned back in the 1950’s.
Egypt offers another grim example of propaganda becoming fact. The majority of its people who voted for a democratic government in a fair election and its leaders are now condemned as “terrorists” by the thuggish generals who overthrew the legitimate government in Cairo. Anyone daring to oppose the US and Saudi-backed military junta is a “terrorist.” They must drive terrorist cars, eat terrorist food, and have terrorist babies."
Posted by Tony at 1:16 PM

Eric Margolis is a hypocrite. He only sees AQ real threat in Syria and thus supports Bashar fighting it. But everywhere else it is just a US tool.