Still Dreaming About Santa Claus and the "New" Obama 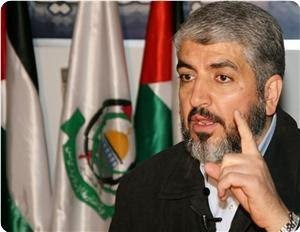 "DAMASCUS, (PIC)-- Khaled Mishaal, the head of the Hamas political bureau, has opined on Sunday that US president Barack Obama was using a new language in the American relations with the Middle East, pointing out that an opening of official US and European channels for dialog with Hamas is only a matter of time.

In an interview with the Italian La Repubblica newspaper, Mishaal said that this different American tone could be a prelude to a real change in the US and European policies towards the region [COMMENT: Keep dreaming, Mr. Mishaal. From one illusion to the next. This is so Yasser Arafat, it is not even funny!]........"
Posted by Tony at 9:16 AM