Déjà Vu All Over Again: Islamists and the West: Time for a Common Vision? 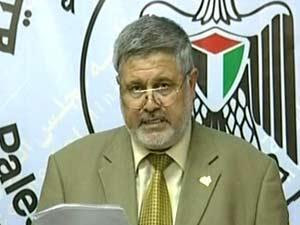 COMMENT: I never trusted this Ahmed Yousef; to me he is Hamas' equivalent of Saeb Erikat, and is just as clownish in his views.

"....Relations With the West: Understanding not Confrontation

Since its founding, Hamas has adopted a flexible and moderate religious stance and called for mutual understanding with the West to avoid conflict and confrontation. Islamists in Palestine welcomed and were encouraged by Western calls for democracy and the protection of human rights and opposed views that considered the West as an enemy or considered it to be a monolithic entity. Hamas’ position is that Western countries should be judged on the basis of their policies and positions, rather than on the basis of sweeping generalizations......

What has become increasingly evident is that a misconception of Palestinian Islamism exists.....

Hamas also believes in dialogue with the West and wants a partnership with the Western world on the basis of equality and mutual respect......

Policies designed to isolate or marginalize Hamas (the movement and the government) will only pave the road for extremism and terrorism......."
Posted by Tony at 3:17 AM