America's "Dog in the Fight" 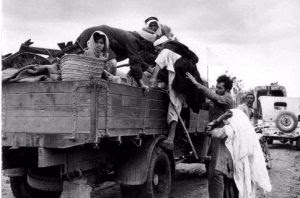 "....The United States will not support meaningful civil, social or economic rights for the World’s largest and oldest refugee population and it wants them naturalized anywhere except anyplace in Palestine.....

The US Embassy media office in Lebanon advised Palestine Civil Rights
Campaign volunteers last month, referring to the Parliamentary debate, that
“The United States does not have a dog in the fight.” ......

In point of fact the Obama administration does have a dog in this historic civil rights struggle in Lebanon. Figuratively speaking, the cur is a cross between a Pit-bull-Doberman and rabid Rottweiler and is known locally as “NABI” (Naturalization Anywhere But Israel).

The White House, and the Congressional Israeli lobby, intends that “NABI” shepherds and corrals Lebanon’s Palestinians and resettles them permanently and painlessly (at least for their well paid host countries) around the World. The further from Palestine the refugees end up the better with perhaps as many as 100,000 Palestinians slated to be kept in Lebanon, even though they will be arrested if they travel south anywhere along the ‘ blue line’ and happen to rest at villages like Maron al Ras and wistfully gaze towards their former homes and villages near Akka or Safad, for example. The US also expects NABI to disembowel the Right of Return and has begun arranging for Arab oil cash to foot the bill for this US-Israel project. The Obama administration, colluding with Israel, is backing the gradual naturalization of the Palestinians wherever they are or can be embedded. In this context, and according to the information acquired by the Kuwait Daily, Al-Anbaa, “the State Department has formed a team of Arabs and Europeans, in order to pressure the Gulf States into financing a fund to support any country that will accept and nationalize Palestinians.”....."
Posted by Tony at 3:28 AM