Obama hope was all hype 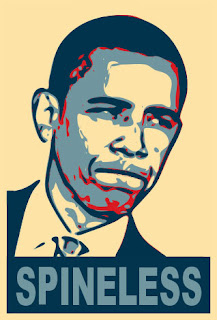 The US president has caved into vested interests and preserved extraordinary rendition. Not so different to his predecessor, then

"....In times of crisis, the incumbent suffers. And the bigger the crisis the greater the punishment inflicted on those in power, unless they do something that makes a change. Obama has not done so. Instead, both at home and abroad, the continuities between Obama's administration and that of Bush-Cheney far outweigh any differences.

Whenever vested interests resisted, Obama caved...."
Posted by Tony at 4:12 AM