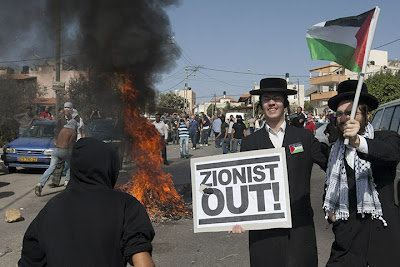 "Clashes broke out after extreme right-wing Jewish protesters marched through the outskirts of Umm Al-Fahm in Israel. The march commemorated the 20th anniversary of the assassination of Rabbi Meir Kahane in New York. Hundreds of Israeli Arabs began throwing stones and police, who had been supervising the march, responded with tear gas, stun grenades and arrests."
Posted by Tony at 4:04 AM