The betrayal of Gaza 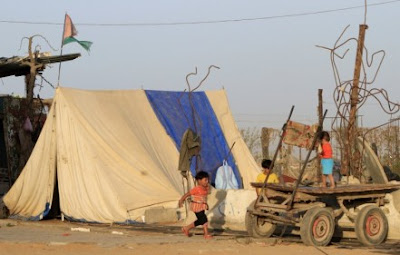 The US is vocal about its commitment to peace in Israel and the Palestinian territories — but its actions suggest otherwise.

".....On democracy, Obama said that "we would not presume to pick the outcome of a peaceful election" - as in January 2006, when Washington picked the outcome with a vengeance, turning at once to the severe punishment of the Palestinians because it did not like the results of a peaceful election. This happened with Obama's apparent approval, judging by his words before and actions since taking office. There should be little difficulty in understanding why those whose eyes are not closed tight shut by rigid doctrine dismiss Obama's yearning for democracy as a joke in bad taste."
Posted by Tony at 4:17 AM