From Balfour to Obama 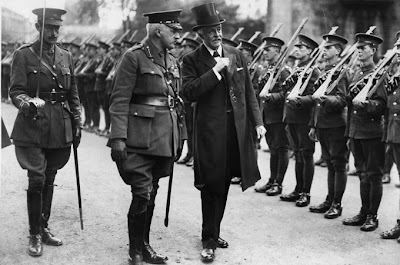 The dominant imperial power may have changed but treatment of the Palestinians remains much the same.

".....Palestine was still under Ottoman rule when it was written. But Britain and its allies were making headway in defeating the ailing Ottoman empire and, when Palestine came under British control just a month later, the document suddenly assumed much greater significance. The Balfour Declaration was presented as equal to a land deed that conferred legitimacy on the plans of the international Zionist movement.

Balfour was keenly aware of the presence of an indigenous Arab population, but in an era that preceded international law, the United Nations charter and the Fourth Geneva Convention, a powerful empire had no qualms about granting a land deed for territories it had no legitimate claim to....

But the Palestinian Arabs were the last thing on Balfour's mind, or the minds of many other British politicians. He was primarily concerned with solving 'a European problem' and not with addressing the rights of an indigenous people. He also sought to bolster a declining British empire.

Balfour saw the establishment of a homeland for the Jews in Palestine as the best solution to what was commonly referred to as Europe's 'Jewish problem' - a solution that reflected and embodied the central anti-Semitic belief that Jews were an alien body causing problems in Christian Europe......Balfour was a known anti-Semite.....

While many Jews sought assimilation, the Zionist movement established by Theodore Herzl sought a separate entity for the Jews. It did not see the Jewish problem as one of segregation and discrimination that could be addressed through a struggle for universal rights but sought a more radical solution - to take Jews out of Europe......

But not all Jews were convinced that this was the answer. In fact there was considerable resistance to Zionism from some European, including British, Jews....

Thus a formula was found to satisfy both anti-Semites and those Jews who preferred assimilation into their country of residence.

But in all of this drama the Palestinians were neither consulted nor seriously considered. It was then much as it is today - except that British imperial power has been replaced by American imperial power.....

Lord Balfour was a true representative of the imperial values of his times - an anti-Semitic politician who sought to solve what was then seen as 'Europe's problem' while setting the stage for the creation of a pro-Western entity in the Arab world. His declaration was an embodiment of both imperialism and anti-Semitism, the repercussions of which are still being felt thousands of miles away from where his short policy statement was crafted."
TEXT OF THE BALFOUR DECLARATION:

I have much pleasure in conveying to you. on behalf of His Majesty's Government, the following declaration of sympathy with Jewish Zionist aspirations which has been submitted to, And approved by the Cabinet.

"His Majesty's Government view with favour the establishment in Palestine of a national home for the Jewish people . And will use their best endeavours to facilitate the achievement of this object. It being clearly understood that nothing shall be done which may prejudice the civil and religious rights of existing non-Jewish communities in Palestine, or the rights and political status enjoyed by Jews in any other country"

I should be grateful if you would bring this declaration to the knowledge of the Zionist Federation.
Posted by Tony at 11:10 AM