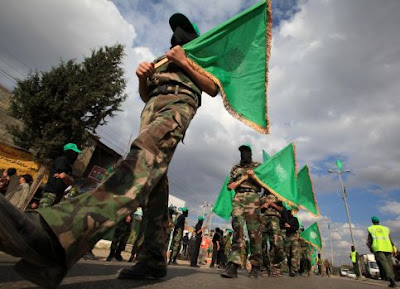 (Scroll down for more new posts)

"Hamas's victory in the 2006 Palestinian Legislative Council elections surprised everyone, including its own members and leaders. Many local and international activists were also relieved, as the victory was a blow to the Bush doctrine in the Middle East. It was also a test of the credibility of the liberal democratic approach and its applications in the region. 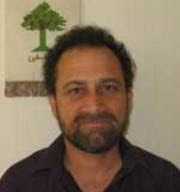 This article is not concerned with domestic or foreign reactions and attempts to topple the sole democratic experience in the Arab world. Rather, it tackles Hamas's failure to live up to its own commitments to its constituencies, many of whom were not necessarily supporters of the movement. It also examines the extent of Hamas's credibility in committing to the social contract that major democracies abide by in terms of respecting individual citizens and safeguarding their dignity. This contract applies not only to male but also to female citizens.

First, one ought to reiterate the fact that Hamas is part of the resistance camp. In addition to the enormous sacrifices that many of its leaders and cadres have made, if creatively invested, Hamas's actions ultimately support the interests of the Palestinian cause. This implies the following question: has Hamas been able to actually build on this high level of commitment and sacrifice, not only on the part of the movement but of Palestinians in general?

Despite its somewhat fiery statements, Hamas's impulse and willingness to deal with American propositions are indeed astonishing. Two letters were sent, as far as I know, to the new Obama administration after the term of former US President George W. Bush ended. The Americans emphasized that they declined to accept the first letter. However, it is the content of the letters and how they reflect the aspirations of Palestinians -- both in all of historic Palestine as well as in the Diaspora -- that is significant.

The content of these letters along with statements made by senior Hamas leaders indicate to the US Hamas's acceptance of and commitment to the two-state solution; i.e. the creation of an independent Palestinian state on the territories occupied by Israel in 1967. Yet many Hamas leaders simultaneously accentuate their refusal to recognize the State of Israel and accept the two-state solution! Simply put, the Palestinian leadership elected by the majority of one-third of the Palestinian people, i.e. the population in the West Bank and Gaza Strip, is announcing its commitment to a racist solution that disregards the rights of 6-7 million Palestinian refugees, and the national and cultural rights of 1.4 million Palestinians in Israel.

The grave danger underlying this position lies in the fact that it follows the downward trajectory of the right-wing secular dominion over Palestinian leadership since the 1960s. It also follows the downfall of the Stanlinist Palestinian left, whose leadership was co-opted by the nongovernmental organization sector and the Palestinian Authority, and commandeered the internal decision-making of the respective Palestinian organizations. This led to the adoption of positions that were radically different from those they had historically advocated. Indeed, those positions were forsaken with pragmatic justifications that are antithetical to the questions the left should be able to answer creatively, such as the two-state solution and membership in the hijacked and discredited Oslo-era Palestine Liberation Organization.......

The experience of Hamas rule in the Gaza Strip offers a miniature model of an Islamic state, whereas the West Bank stands as the Bantustan state to be declared in November 2011. It is common knowledge that Gaza has recently undergone ideological social transformations through laws that are enforced without being enacted. Such laws target individual freedoms, particularly those of women, who are no longer allowed to smoke water pipe in public or ride behind their spouses on motorcycles. Likewise, female students are now forced to wear the jilbab and the hijab, while female lawyers must wear the hijab. Of course, these practices claim to "protect our customs and traditions," but is there a traditional text that bars women from smoking, for instance? The democracy that provided the foundation for the 2006 elections is based on guaranteeing individual freedoms. Many statements made by Hamas leaders inside and outside of Gaza before the elections emphasized that those leaders would respect such freedoms if elected.

The transformation of many members of the resistance, who are willing to sacrifice their lives for their homeland and who exerted impressive efforts to defend Gaza in 2009, into religious police like those in Saudi Arabia requires a serious and critical revision by Hamas.

Therefore, it is obvious that Hamas is unable to realize that the war on Gaza in 2009 has created a new political reality whereby Israel pulled the trigger on the racist two-state/two-prison solution. Hamas insists on adopting this approach and claims it is a temporary tactic until the balance of power shifts, as the movement assumes it will within the truce period of ten or twenty years. During this time, it plans to build a state after its model in Gaza. This only indicates the lack of a clear strategic vision to end the conflict, a vision that draws on past global struggles against colonialism, particularly against the abhorrent South African apartheid regime, which collapsed resoundingly in 1994......

However, it is evident that the development of an alternative leadership cannot wait. As a benchmark in the history of the Palestinian struggle, the formation of the BNC along with its main objectives have reconnected the various segments of the Palestinian people to stand in the face of occupation, colonization and institutionalized racist discrimination against Palestinian citizens of Israel, and to call for the return of refugees. These indivisible demands distinguish the new alternative Palestinian strategy. Yet the question remains: is Gaza willing to constructively interact with such a positive development in the Palestinian struggle with openness to the other national players and without a narrow factional vision?"
Posted by Tony at 11:25 AM