Inhabitants of 'Area C' have been neglected 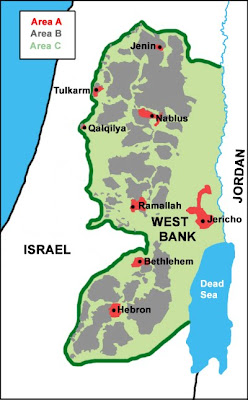 "If nothing else the EU report is a sign that the international community has woken up to the problems of Area C – including what it describes bluntly as the "forced transfer" of Palestinians from their land.

So too are the protests to Israel that have been launched by the EU's Ambassador, Andrew Standley, that up to 2,300 Bedouin herdsmen living in the area of a planned corridor between Jerusalem and the Maale Adumim settlement will be forced to move.

Some of the inhabitants of Area C are among the most beleaguered Palestinians. Much of their land is hemmed in by settlements and the military zones protecting them. They tend to be neglected by the Palestinian Authority. And they have hardly been a major focus for the international community, as the EU report more or less admits. That may be changing.

Certainly, the case of the Bedouin is evidence that the problems are by no means confined to remoter areas. For the Bedouin's possible displacement to an area near a rubbish dump in Abu Dis, adjacent to Jerusalem, would create a new "fact on the ground", possibly making way for the construction of settler homes in Area C, which Israel would then fight to locate within its borders in any two-state agreement......"
Posted by Tony at 7:10 AM