One year on, Tunisians still waiting for human rights overhaul 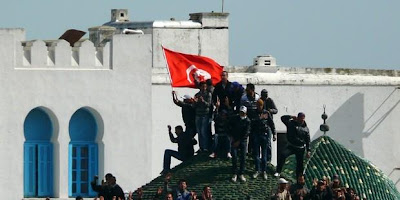 "Tunisia's interim government is yet to deliver the comprehensive human rights reform that protesters were calling for a year ago, Amnesty International said today.

A year after former President Zine al Abidine Ben Ali fled the country, the authorities have taken some positive initial steps, including signing up to key human rights treaties and allowing greater freedom for media and human rights organizations.

But Amnesty International said that the country's security forces remain largely unaccountable and victims of human rights violations are still waiting for justice.

“There have been some encouraging signals from the interim government in the direction of human rights reform,” said Hassiba Hadj Sahraoui, Amnesty International Middle East and North Africa Deputy Director. “But for many Tunisians the pace of change has been too slow.”

“Until we see a new constitution that guarantees fundamental rights, accountability for abuses and the establishment of the rule of law it is too early to tell whether the political will for real human rights change is there.”

Amnesty International said that a radical shakeup of the security forces should be an urgent priority for the authorities in 2012.

In March 2011 the feared Department of State Security (DSS), responsible for years of abuse under Ben Ali, was abolished. But there are fears that the members of these forces have simply been integrated into other security forces, which remain opaque and unaccountable......."
Posted by Tony at 4:28 AM