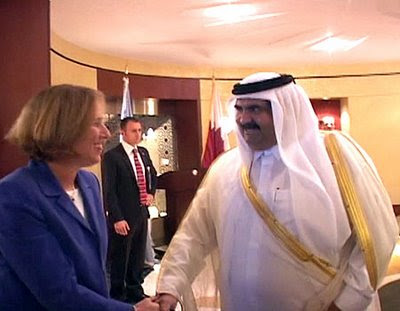 Sheikh Hamad says "some troops should go to stop killing" amid reports by activists of more deaths across the country.

"The emir of Qatar, Sheikh Hamad bin Khalifa Al Thani, has said Arab troops should be sent to Syria to end the political unrest in the country that the UN says has left more than 5.000 people dead.

In an interview on Friday with US broadcaster CBS for the news programme 60 Minutes, Sheikh Hamad was asked if he was in favour of Arab nations intervening, to which he replied: "For such a situation to stop the killing ... some troops should go to stop the killing."

Sheikh Hamad is the first Arab leader to publicly suggest foreign intervention in Syria, where the uprising against President Bashar al-Assad is now in its tenth month.

Speaking about his own influence on the uprisings in the Arab world, he said: "We are supporting the people of those countries ... [who are] asking for justice and dignity.

"If this [is] influence, I think this is a healthy influence. I think all the world should support this."....."
Posted by Tony at 3:19 AM