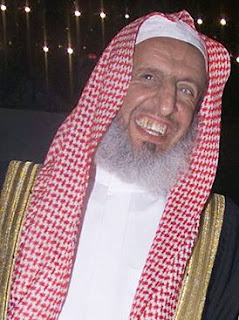 "The schism, instability, the malfunctioning of security and the breakdown of unity that Islamic countries are facing these days is a result of the sins of the public and their transgressions," Grand Mufti Sheikh Abdulaziz Al al-Sheikh was quoted as saying by al-Watan newspaper.

In a Friday sermon, he accused "chaotic" people of wearing mask of "democracy and equality" for actions leading to injustice and instability within the umma, or Muslim nation......"
Posted by Tony at 7:22 AM