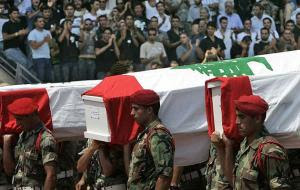 ".....The truth is that Tripoli has slunk back into the civil war, block after block of gaunt, workless homes in which the Salafists and the "al-Islamists" and the haunted young men who have returned from their "jihad" against the Americans in Iraq now nestle and ponder a dangerous, frightening future amid these disgraceful battles.

In Tripoli, the fears of every Lebanese are brought to fulfillment; it's the cold fear of those "outside forces" that roam throughout the Middle East...."
Posted by Tony at 4:18 AM