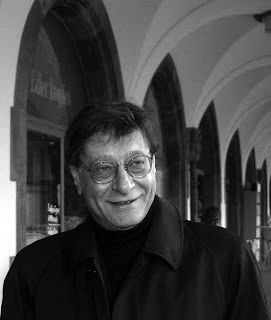 By Tony Karon
"For South Africans of my generation, Breyten Breytenbach epitomizes the poet as revolutionary humanist, who invites all and sundry to imagine themselves outside of their received identities and celebrate their common humanity — an epically subversive enterprise. Breytenbach was a scion of the Afrikaans establishment in South Africa who not only turned his back on apartheid, but turned his pen against it, giving those of us forced to learn Afrikaans at school a wonderfully novel sense of how beautifully this great language could be deployed in the service of humanity, and as a lance to puncture the moral pretenses of a system that had had such great expectations of him — his brother, Wynand, was a legendary field commander in the special forces of the South African military during the dirty war in Angola. Breyten suffered prison and then the heartbreak of exile for his courage, and I was deeply honored when Breyten wrote me recently to commend me on my piece about the growth of Jewish dissidence — as an Afrikaner who was ostracized because he dared speak truth to apartheid power in South Africa, he could empathize very strongly with Jews who stood up to challenge Israeli apartheid policies. It was that same humanism that guided the politics and poetry of the great Palestinian poet and national treasure, Mahmoud Darwish. Hours after he died on Saturday, I received an email eulogy from Breyten which he graciously agreed to have republished here. Also, read the heartfelt appreciation by my good friend Saifedean Ammous (which includes a translation of Darwish’s epic poem composed aboard ship from Lebanon to Tunisia, driven out along with the PLO leadership, in 1982) and a great political obituary from my good friend Scott MacLeod."
Guest Post by Breyten Breytenbach:
"I just heard the terrible news that Mahmoud Darwish passed away. As for many of you, I’m sure, the anguish and pain brought about by this loss is nearly unbearable.
Some of us had the privilege, only a few weeks ago, of listening to him reading his poems in an arena in Arles. The sun was setting, there was a soundless wind in the trees and from the neighbouring streets we could hear the voices of children playing. And for hours we sat on the ancient stone seats, spellbound by the depth and the beauty of this poetry. Was it about Palestine? Was it about his people dying, the darkening sky, the intimate relationships with those on the other side of the wall, ’soldier’ and ‘guest’, exile and love, the return to what is no longer there, the memory of orchards, the dreams of freedom…? Yes - like a deep stream all of these themes were there, of course they so constantly informed his verses; but it was also about olives and figs and a horse against the skyline and the feel of cloth and the mystery of the colour of a flower and the eyes of a beloved and the imagination of a child and the hands of a grandfather......."
Posted by Tony at 5:49 AM