$52bn of American aid and still Afghans are dying of starvation 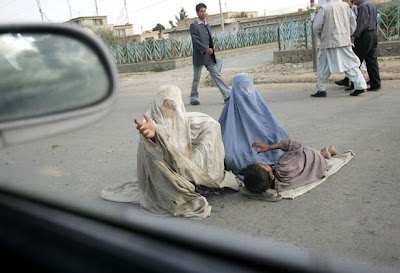 "The most extraordinary failure of the US-led coalition in Afghanistan is that the expenditure of tens of billions of dollars has had so little impact on the misery in which 30 million Afghans live. As President Barack Obama prepares this week to present a review of America's strategy in Afghanistan which is likely to focus on military progress, US officials, Afghan administrators, businessmen and aid workers insist that corruption is the greatest threat to the country's future.

In a series of interviews, they paint a picture of a country where $52bn (£33bn) in US aid since 2001 has made almost no impression on devastating poverty made worse by spreading violence and an economy dislocated by war......

"People see schools built by the Americans as American property," says an Afghan who once worked for a US government agency. "They are frightened of sending their children there."

The US government policy of providing aid through large American private companies is proving a failure in Afghanistan as it did previously in Iraq....."
Posted by Tony at 3:36 AM