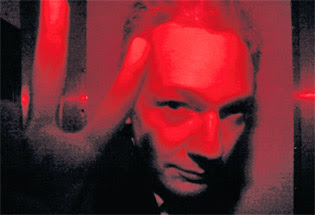 Why I'm sheltering Julian Assange, by Vaughan Smith
(Vaughan Smith is the founder of the Frontline Club. He has personally stood surety for Julian Assange in court and provided his bail address.)
The Independent
"......
They made him out to be the internet’s Bin Laden. The likeness might be poor, but that was OK because the colours were familiar and bright. Now the focus is on Julian’s court fight, instead of on the opaque political system that his leaks have exposed. The charges that Julian faces have already been dropped once, from a Swedish court that even Glenn Beck, the incendiary US Fox News TV host, rubbishes.

Julian is different to most of us. He is clever and obsessive but also funny and self-deprecating. But he has started something seismic but inevitable, a consequence of modern communications that cannot be stopped. One day we might be governed better as a result. Vengeance by the authorities is weakness here and will not help us face the challenges of the times.

I resolved then, and on that ugly spot, that I would never abandon Julian. It wasn’t any more about whether Wikileaks was right or wrong, for good or bad. It was about standing up to the bully and the question of whether our country, in these historic times really was the tolerant, independent and open place I had been brought up to believe it was and feel that it needs to be. If to fight for this country we will have to fight for its fundamental principles of justice then I declare my position in the ranks."
Posted by Tony at 3:38 AM