Abbas and Fayyad must resign too 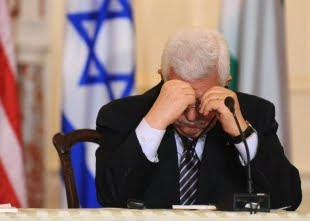 Seen as corrupt and impotent, Abbas and Fayyad should handover power before public anger erupts.

"After two decades of failed political moves, the Palestinian Authority represented by its top leadership are hoping to avoid the inevitable: paying a heavy price for corruption of all kinds, alienating the Palestinian people, and failing to negotiate an end to Israel’s occupation.

Palestinian President Abbas has asked his Chief Negotiator and cabinet in the West Bank to submit their resignation. He has also called for Parliamentarian and Presidential elections in September and deliberately avoided giving a specific date.