Libyans in US allege coercion 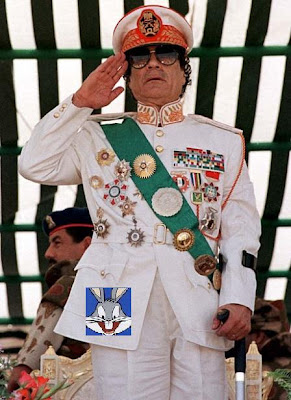 "In an apparent effort to control the public narrative in the wake of rare protests that have spread throughout Libya, the country's government is threatening to withdraw scholarship funding from citizens studying in the United States unless they attend pro-government rallies in Washington this weekend, Al Jazeera has learned.

Several Libyans studying in the US said they and their peers have received phone calls this week from a man employed by the Libyan embassy instructing them to join rallies in the capital on Friday and Saturday. The man told the students that their government-funded scholarships would be cut off if they did not attend....."
Posted by Tony at 4:32 AM