Uprising has revealed the real Egypt 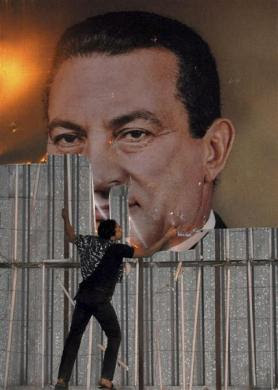 "There is no doubt in my mind that the Egyptian uprising that started on 25 January has caused a political earthquake whose aftershocks will resonate not only in Egypt but way beyond its borders as well. It will redraw lines, remap political topographies and create new perceptions. Those who ignore this fact will do so at their own peril.
The momentousness of the event is clear, even though Egypt seems to be still locked in an impasse on the 16th day of the massive protests sweeping the whole country. As the regime hits back, quibbles and stalls, the protesters vow to continue until the whole regime is toppled.
The uprising has come to change many political givens and taken-for-granted assumptions. Most of all, it has shattered the myth that stability can be built on injustice and brutality. The resilience of the protesters in the face of ruthless force and intimidation has proved that force alone cannot subdue a population of 85 million people when their mind is set on resistance. The more the violence by the state, the more determined people become......
Omar Suleiman's recent remarks that Egyptians don't understand the culture of democracy are both offensive and hopelessly misguided. His assertion that the uprising is supported by foreigners shows the huge disconnect between this regime and the people of Egypt. This regime has no more understanding of the reality of Egypt than Hillary Clinton has. Like it or not, the US and its allies will have to realise that the Egypt they have been dealing with so far is no more than a figment of their imagination. Time to get real."
Posted by Tony at 4:29 AM