Israel Shields Public from Risks of War with Iran 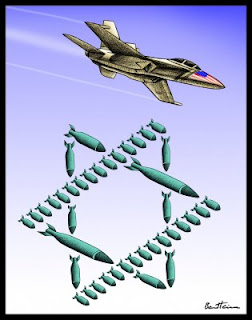 "The government of Prime Minister Benjamin Netanyahu has been telling Israelis that Israel can attack Iran with minimal civilian Israeli casualties as a result of retaliation, and that reassuring message appears to have headed off any widespread Israeli fear of war with Iran and other adversaries.

But the message that Iran is too weak to threaten an effective counterattack is contradicted by one of Israel’s leading experts on Iranian missiles and the head of its missile defense program for nearly a decade, who says Iranian missiles are capable of doing significant damage to Israeli targets.

The Israeli population has shown little serious anxiety about the possibility of war with Iran, in large part because they have not been told that it involves a risk of Iranian missiles destroying Israeli neighborhoods and key economic and administrative targets.

"People are not losing sleep over this," Yossi Alpher, a consultant and writer on strategic issues and former director of the Jaffee Center for Strategic Studies at Tel Aviv University, told IPS in an interview. "This is not a preoccupation of the public the way the suicide bombers were a decade ago."......"
Posted by Tony at 6:38 AM