One year on: Syrians speak about uprising 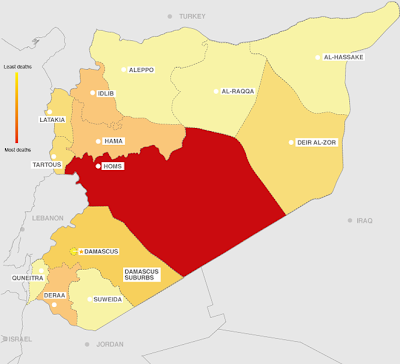 Cross-section of Syrians share their thoughts on the uprising against President Bashar al-Assad's rule.

"It has been a year now that Syria has been in turmoil. What initially started out as protests for reforms has escalated over time into an uprising against President Bashar al-Assad’s one-party rule, dragging the country into chaos and a period of uncertainty.

Parts of Syria today resemble a war zone. Few cities and towns have been left unscathed by the political upheaval.

Al Jazeera spoke to residents of different parts of Syria to learn more about how the eventful year impacted their lives and what the future possibly holds."
Posted by Tony at 3:40 AM