Atwan: The Arab nation and its leaders are also complicit in the Israeli siege 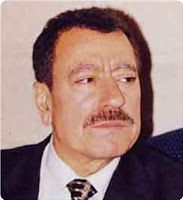 "LONDON, (PIC)-- Journalist Abdelbari Atwan stated Saturday that the international community is not the only accomplice in the starvation and humiliation of one and a half million people in Gaza, but also the Arab leaders, along with three hundred million Arab citizens, who are involved because of their silence towards the conspiracies woven against the Palestinian people.

In an opening article, Atwan, the editor-in-chief of the London-based Al-Quds Al-Arabi newspaper, recalled that there are no food, fuel and medicines in the Gaza Strip, only a slow death encroaching upon its people who are steadfast in the face of the most brutal Nazi occupation in modern history.

"We wish Arab leaders especially Egyptian president Hosni Mubarak would read the statements made by South African Archbishop Desmond Tutu, a Nobel laureate, at the conclusion of his fact-finding tour in the Gaza Strip in which he condemned the situation there as a 'crime against humanity' and a 'disgrace to the international community' for its complicity in this crime," the journalist underlined.

He warned that there could be a massive massacre ahead in the Gaza Strip if the wise men in the Egyptian government did not hasten to defuse the crisis before the occurrence of a big explosion.
Atwan highlighted that the one who violates the dignity and sovereignty of Egypt is not the victimized people in Gaza as some are trying to allege, but those who condone the Nazi starvation and humiliation of this people who confront the Nation's joint enemy and fight for the restoration of the Islamic holy places."
Posted by Tony at 1:06 PM