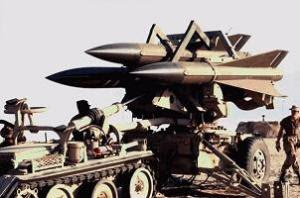 "29/08/2008 Israel will not agree to allow Iran to achieve nuclear weapons and if the grains start running out in the proverbial egg timer, the Israeli government will not hesitate to take whatever means necessary to prevent Iran from achieving its nuclear goals, the government has recently decided in a special discussion, the Jerusalem Post reported on Friday quoting the Israeli daily Ma'ariv.

According to Ma'ariv, whether the United States and Western countries will succeed in toppling the Iranian regime diplomatically, through sanctions, or whether an American strike on Iran will eventually be decided upon, the Israeli government has put preparations for a separate, independent military strike by Israel in high gear.

So far, Israel has not received American authorization to use US-controlled Iraqi airspace, nor has the defense establishment been successful in securing the purchase of advanced US-made warplanes which could facilitate an Israeli strike.

The Americans have offered Israel permission to use a global early warning radar system, implying that the US is pushing Israel to settle for defensive measures only. The Jerusalem Post reported that because of Israel's lack of strategic depth, the Israeli government has consistently warned over the past years it will not settle for a 'wait and see' approach and retaliate in case of attack, but rather use preemption to prevent any risk of being hit in the first place.

Ephraim Sneh a veteran Labor MK which has left the party recently, has sent a document to both US presidential candidates, John McCain and Barack Obama. The eight-point document states that "there is no government in Jerusalem that would ever reconcile itself to a nuclear Iran. When it is clear Iran is on the verge of acquiring nuclear weapons, an Israeli military strike to prevent this will be seriously considered."

According to Ma'ariv, Sneh offered the two candidates the "sane, cheap and the only option that does not necessitate bloodshed." To prevent Iran's nuclear aspirations, Sneh wrote, "real" sanctions applied in concert by the US and Europe is necessary. The window of opportunity Sneh suggests is a year and a half to two years, until 2010.

Sneh also visited Switzerland and Austria last week in an attempt to lobby those two states. Both countries have announced massive long-term investments in Iranian gas and oil fields for the next decade

Hearing his hosts speak of their future investments, Sneh replied quietly "it's a shame, because Ido will light all this up." He was referring to Maj. Gen. Ido Nehushtan, the recently appointed commander of the Israeli Air Force and the man most likely to be the one to orchestrate Israel's attack on Iran's nuclear facilities, should this become the necessity, the JPost said.

"Investing in Iran in 2008," Sneh told his Austrian hosts, "is like investing in Krups Steelworks in 1938, it's a high risk investment." The Austrians, according to Sneh, turned pale. "
Posted by Tony at 3:38 AM