Israel Was to Attack Iran from Georgia: Report 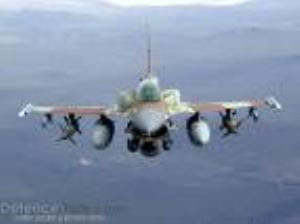 "25/08/2008 Under the title "Israel and the Tehran Attack", the American Domestic Intelligence Reporter Brian Harring uncovers an Israeli plan to attack Iran from Georgian territory.

Harring mentions that while Georgia was turned into a “fruitful land to Israeli groups and mercenaries who were all working, in complete cooperation with American forces to train and equip the new Georgian armed forces, Israel was preparing to attack Tehran.”

"At the same time, Israel was preparing to move some of its attack aircraft into Georgia; base them on Israeli-controlled airfields in southern Georgia and arm and equip them for a strike on Tehran."

In his paper, the intelligence reporter highlights some of the reasons behind Israel choosing Georgia:" It should be noted that the distance from Tel Aviv to Tehran is 1,600km one way, and the distance from Southern Georgia is 1,149 km one way. Slip tanks add 600-800 miles to the overall range." Harring clarifies.

Moreover, Harring details Israeli preparations for the strike:" The aircraft designated for the attack were the Israeli Air Force's (IAF) F-16I Sufa (Storm)…., the F-16I that may be armed with the AMRAAM air-to-air missile, the AIM-120 Advanced Medium-Range Air-to-Air Missile, or AMRAAM..."....."
Posted by Tony at 5:32 AM