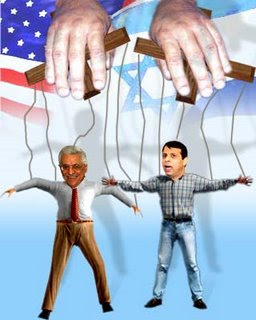 Netanyahu is considering announcing a goodwill package during his meeting Friday with the special U.S. envoy to the Middle East, George Mitchell. A senior political source in Tel Aviv said Thursday that during the meeting of the "forum of seven" senior ministers, a number of ideas were raised on goodwill gestures that would boost Abbas.

The Prime Minister's Bureau did not deny the existence of such proposals and noted that "some ideas are in place, but there has been no decision on the matter."......."
Posted by Tony at 3:17 AM