The under-appreciated heroes of 2010 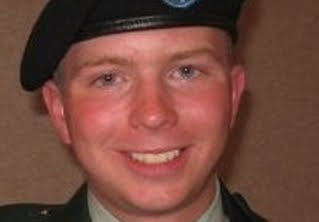 "Who did we under-appreciate in 2010? In the endless whirr of 24/7 corporate news, the people who actually make a difference are often trampled in the stampede to the next forgettable news-nugget like Lady Gaga's meat-dress. So in the final moments of this year, let's look at a few people who deserved more of our attention.

Under-Appreciated Person One: Bradley Manning. While we were all fixated on Julian Assange, the story of the young American soldier who actually leaked the classified documents passed almost unnoticed. If Manning was mentioned at all, it was to be described as an impetuous, angry kid who downloaded the documents on to a CD and leaked them as a result of a "grudge" or "tantrum".

Under-appreciated Person Three: Senator Bernie Sanders. In 2010, the hijacking of American democracy by corporations and the super-rich became almost complete. Almost no politician in the US runs for office without begging and scrounging huge campaign funds from the rich – so when they are elected, they presumably feel they must serve their interests, not those of ordinary Americans.

You can see the results everywhere. In the middle of a recession, there was a massive tax cut for millionaires and billionaires – and a tax rise on the poorest Americans. Bill Gates pays less; a family living in a cold trailer-park with no health care pays more – with Obama stitching up the deal with Republicans.

But one American politician, more than any other, showed that there can still be a different, democratic way of doing politics in America......

Under-Appreciated People Four: The Saudi Arabian women who are fighting back. Women like Wajehaal-Huwaider are struggling against a tyranny that bans them from driving, showing their face in public, or even getting medical treatment without permission from their male "guardian". The streets are policed by black-clad men who enforce sharia law and whip women who express any free will.

Saudi women are being treated just as horrifically as Iranian women [Actually much, much worse.] – but because their oppressors are our governments' allies, rather than our governments' enemies, you hear almost nothing about them......"
Posted by Tony at 5:15 AM