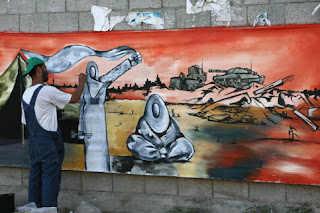 "The following is a speech given to the South African Parliament by Minister Ronnie Kasrils, MP, on 6 June 2007:

Madam Speaker, Honourable members, this speech is dedicated to the memory of David Rabkin, South African freedom fighter, who died in Angola.

Forty years ago this week Israel's military unleashed lightning attacks against Egypt, Jordan and Syria, alleging provocations as justification for its strikes.

Within six days the Sinai Peninsula, Gaza Strip, the West Bank, East Jerusalem, and Golan Heights had been captured.

Apart from the Sinai from which Israel withdrew in 1977, the other areas remain under Israeli military occupation and control to this day.

Whilst some justify Israel's actions on the grounds of pre-emptive self-defence, the obverse was the truth. From the horse's mouth we learn whom the aggressor was:

Israel's military Chief of Staff, Yitzhak Rabin stated: "I do not believe that Nasser wanted war. The two divisions he sent into Sinai on May 14 [1967] would not have been enough to unleash an offensive against Israel. He knew it and we knew it." [1].......

"Before [the Palestinians'] very eyes we are possessing the land and villages where they, and their ancestors, have lived ... We are the generation of colonizers, and without the gun barrel we cannot plant a tree and build a home." [4]........

In support of these demands let us join with the people of our country, and the international community, in the solidarity marches, rallies and demonstrations this week, the 40th anniversary of Israel's unjust occupation. And we make it clear to our Jewish community, these peaceful and disciplined actions, are aimed solely at that government. The struggle for freedom and justice is against a system and not a people.

Let me conclude with the words of President Mandela, who declared in 1998 during the visit to South Africa by Chairman Yasser Arafat:

"We know too well that our freedom is incomplete without the freedom of the Palestinians." [10]"
Posted by Tony at 9:27 PM