Talabani: Iran has has helped Baghdad in its fight against "insurgents" 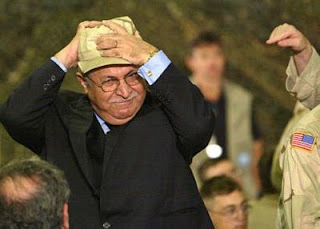 "The Iraqi President says Iran plays an important role in bringing stability to Iraq and has helped Baghdad in its fight against insurgents.

When asked by the Iraqi state television on Sunday about US claims of Iran trying to insecure Iraq, Iraqi president Jalal Talabani referred to his meeting with the US President during which he told George Bush that Iraq has good relations with Iran and Syria and that "these two countries help Baghdad to secure Iraq."

Speaking on the controversial issue of the Status of Forces Agreement (SOFA) security pact, he said that Iraq is a unified country and no one has the right to object the Iraqi government's decision, should it refuse the security deal......

"All attempts are going on right now to sign the pact, but if the pact is not signed and if the US asks to keep its troops in Kurdistan, I think the parliament, the people and government of Kurdistan will welcome this warmly," Barzani, was quoted by a local Iraqi newspaper as saying on Sunday. "
Posted by Tony at 8:43 AM