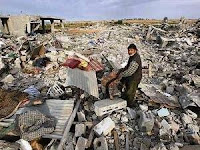 The United States has pledged around $900 million to the Palestinians after Israeli occupation army’s latest offensive against them in the Gaza Strip, killing over 1300 people, including 420 children, wounding more than 5300 others and destroying thousands of Gazan homes.

However, Western and Israeli diplomats said Wednesday that the US donation will be withdrawn if the expected Palestinian Authority coalition government between Fatah and Hamas does not recognize Israel.

During her visit to the region last week Secretary of State Hillary Clinton warned Palestinian Authority President Mahmoud Abbas against forming a coalition with Hamas that will not meet the expectations of “the Quartet”.

Clinton told Abbas that Congress will not approve funding of a Palestinian government that does not recognize “Israel's right to exist” and “renounce violence”. She added that if those requirements are not met the U.S.-funded program under the supervision of General Keith Dayton training PA security forces would be the first to be axed.........

During negotiations Clinton insisted that the money be placed solely under the Palestinian Authority's supervision and strongly rejected offers by Arab states that they assume responsibility for distribution of the funds. In total, a record $4.4 billion was raised at Sharm, with Saudi Arabia making the largest single donation of $1 billion......"
Posted by Tony at 3:22 AM