May his shadow last? 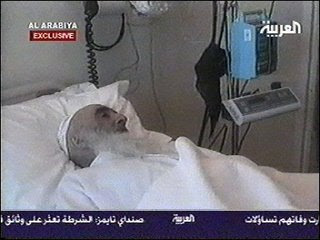 By Angry Arab
"Anyone who doubts that Hizbullah is a Shi`ite sectarian party, should read this lousy statement by the party in defense of Grand Ayatullah Sistani--the biggest help to the American occupation of Iraq, more than `Allawi and Chalabi combined. The text of the statement is so reverentially phrased: it talks about Sistani and adds: "may his shadow last." The man does not even have a shadow: he donated it to the American occupation of the country. It states that harming Sisistani is like harming the party. There is no theory to explain this except the requirements of Shi`ite sectarian solidarity. "
Posted by Tony at 8:02 AM