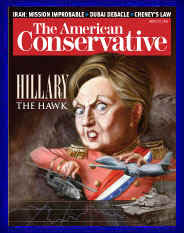 "Some might recall the enemies list that President Richard Nixon kept in his desk. The list was appended to a memo that asked "how we can use the available federal machinery to screw our political enemies?" Named were a number of journalists who had criticized Nixon’s administration as well as celebrities like actors Gregory Peck and Paul Newman and athletes like Joe Namath. Nixon was clearly on to something because in today’s America we have a new enemies list, one that is updated annually to make sure that nary a single malefactor is overlooked. It is the US State Department’s Country Reports on Terrorism, which was unveiled last week in its 2009 version at a briefing conducted by Ambassador Daniel Benjamin, Foggy Bottom’s Coordinator for Counterterrorism.
There is, of course, an American fixation with compiling lists and making numeric assessments of things that are not amenable to such analysis....
As a compendium of useless and heavily politicized information, the State Department annual Country Reports on Terrorism reign supreme, so why compile it at all? Well, Congress has mandated the nice glossy annual document that confirms all of its preconceptions and one also supposes that Ambassador Daniel Benjamin needs a job that keeps both him and his staff employed and out of mischief. Plus it enables Hillary to talk tough and it also is another building block in the case being made to attack Iran and to keep groups like Hamas, Hezbollah, and the Iranian Rev Guards beyond the pale. If anyone is curious, precisely how many Americans have Hamas, Hezbollah, and the Iranians killed in the past eight years? The answer is "none.""
Posted by Tony at 4:09 AM