Targeting Iran: Is the US Administration Planning a Nuclear Holocaust? 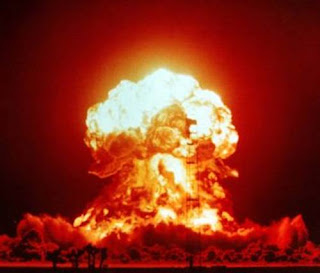 "....At no point since the first atomic bomb was dropped on Hiroshima on August 6th, 1945, has humanity been closer to the unthinkable, a nuclear holocaust which could potentially spread, in terms of radioactive fallout, over a large part of the Middle East.
All the safeguards of the Cold War era, which categorized the nuclear bomb as "a weapon of last resort" have been scrapped. "Offensive" military actions using nuclear warheads are now described as acts of "self-defense"....."
Posted by Tony at 6:49 AM