American Public Opinion and the Special Relationship With Israel 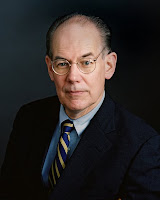 "There is no question that the United States has a relationship with Israel that has no parallel in modern history. Washington gives Israel consistent, almost unconditional diplomatic backing and more foreign aid than any other country. In other words, Israel gets this aid even when it does things that the United States opposes, like building settlements. Furthermore, Israel is rarely criticized by American officials and certainly not by anyone who aspires to high office. Recall what happened last year to Charles Freeman, who was forced to withdraw as head of the National Intelligence Council because he had criticized certain Israeli policies and questioned the merits of the special relationship....

The Chicago Council on Global Affairs has just released a major study of how the American public thinks about foreign policy. It is based on a survey of 2500 Americans, who were asked a wide variety of questions, some of which have bearing on Israel. Their answers make clear that most Americans are not deeply committed to Israel in any meaningful way. There is no love affair between the American people and Israel.

This is not to say that they are hostile to Israel, because they are not. But there is no evidence to support the claim that Americans feel a bond with Israel that is so strong that it leaves their leaders with little choice but to forge a special relationship with Israel. If anything the evidence indicates that if the American people had their way, the United States would treat Israel like a normal country, much the way it treats other democracies like Britain, Germany, India, and Japan.