Obama Knows the War is Dumb, but Prefers Power Over Peace 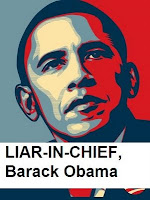 "One thing that comes through clearly in Bob Woodward’s new book, Obama’s Wars, is the contempt felt by Gen. David Petraeus, commander of U.S. and NATO troops in Afghanistan, toward President Barack Obama.

One of Woodward’s more telling vignettes has Petraeus, after quaffing a glass of wine during a flight in May, telling some of his staff that the administration was "[expletive] with the wrong guy."

No need to divine precisely what may be the "expletive deleted." Petraeus’s Douglas-MacArthur-style contempt for the commander-in-chief comes through clearly enough. But Obama is no Harry Truman, facing down a popular general who may fancy himself a future president.

Yet, wooden-headedness prevails. On Thursday, Adm. Mullen attempted to reassure the press about Afghanistan, stating that although "this is a very, very difficult year, we’ve got the inputs right" and "we’re starting to move forward."

For his part, Defense Secretary Gates expressed full confidence in the current approach and predicted only "some adjustments and tweaks" during a planned December war review "to try and enhance what’s going on."