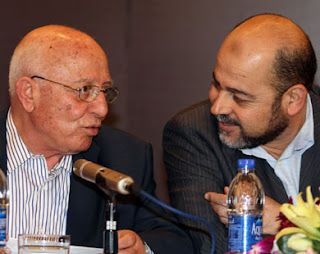 Without Hamas, there is no legitimate Palestinian representation. Obama mustn't short change us

"....Not for the first time, an American president has demonstrated his utter contempt for international law. Not only did Obama pour scorn on the Goldstone report, giving the impression that Israel is above the law. The same administration that resorts to international law to prosecute Arab and African leaders makes every excuse to protect Israeli war crime suspects.

There is no equivalence between Obama and George W Bush. He knows what he is saying. His observation about the situation in the Arab world is absolutely correct. That a "new generation of Arabs is reshaping the region" and "a just and lasting peace can no longer be forged with one or two Arab leaders". The problem with Obama however is that for every word of truth uttered there are two fallacies and contradictions. Yes it is true America won its freedom "against overwhelming odds". What he did not say is that the US resorted to armed struggle to gain its independence from what they saw as British domination. However, he continues to deny my people the right to resist Israeli occupation.

The winds of historic peaceful change sweeping the Middle East will, sooner or later, reach the shores of the west. Its governments can no longer marginalise, disparage or ignore the democratic popular Islamic movements in the region; and that includes Hamas."
Posted by Tony at 3:56 AM